We are proud to release today Joe Sandbox 13! The 13 release includes a couple of very cool new features, including:


Beside of the Hybrid Decompilation (DEC) Technology we have also developed a new feature called Behavior graphs. Behavior graphs are new graphs which display the behavior of a sample. They show processes, IPs, domains, dropped files as well as behavior signatures in a connected graph. The graph coloring is very simple and intuitive while the format is clean and well structured. 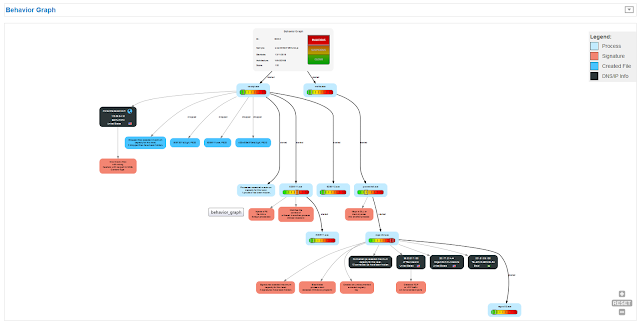 We also invested lot of brain power into shrinking and compressing the graph so that it stays small and clear.

Below you find several behavior graphs with the corresponding Joe Sandbox analysis report: 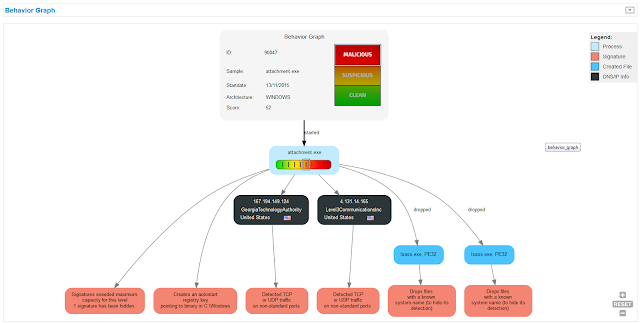 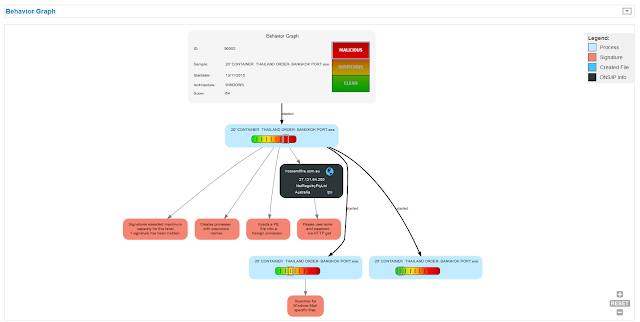 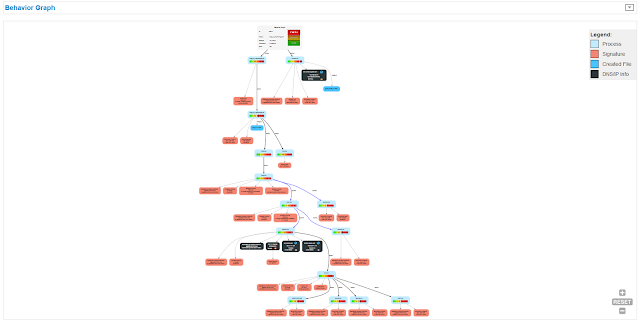