Some days ago a new java 0-day (CVE-2013-0422) has been spotted in the wild (thanks to Kafeine). The exploit targets Java 7 including the latest Java 7 Update 10 release. For protection disable any java plugin within browsers.

According to Kafeine one of the dropped file is the following:

We thought the binary is a good test for our newest Joe Sandbox release. An initial analysis revealed the following startup and signature overview. 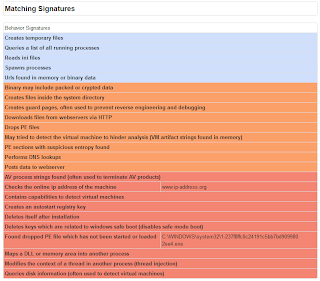 Some striking behavior facts from the startup and signature overview:

The binary queries the video bios version via registry: 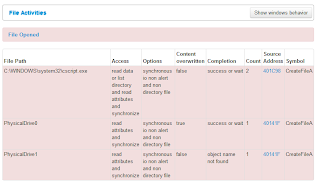 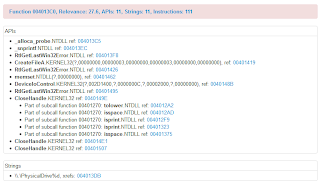 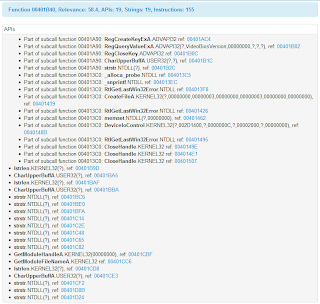 Qemu, VMware etc are product id strings which are used for comparison (strstr).

For protection the sample checks if its own file name equals sample.exe or virus.exe (GetModuleHandle, GetModuleFileName). If true it deletes itself and terminates.

Function 401B40 is also used to check the value of the VideoBiosVersion key.

Beside these anti-VM tricks based on system artifacts the sample also uses the VMware backdoor I/O port to detect VMware, function 4019F0:

In addition the sample also verifies if wireshark is running (Function 401D50) or if its running sandboxed (Sandboxie: SbieDll.dll):

For injection the sample uses a combination of different strategies to get into svchost. Beside mapping a file to a remote process (NtMapViewOfSection) it also uses WriteProcessMemory to inject its own file into the remote process. For code execution it modifies the context of a thread in svchost.exe (SetThreadContext): 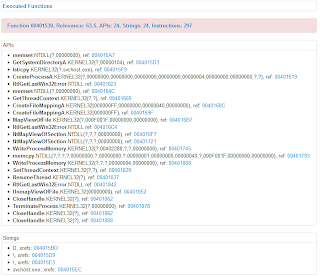 Within svchost.exe it deletes itself, deletes the Windows safeboot entries and creates autostart entries: 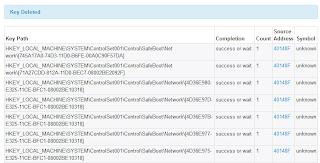 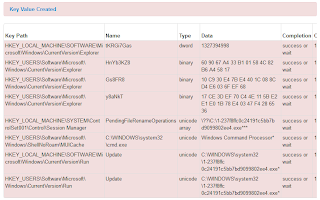 In function 413440 the sample creates a new desktop and switches to it. As a result the current desktop with all its windows gets hidden: 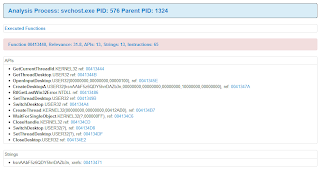 Next it creates the following screen (Function 40100 ensures that no other window is overlays the current window): 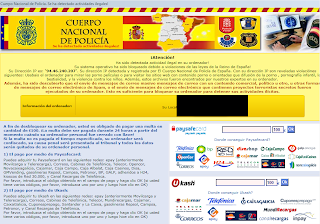 For understanding the network functionality have a look at function 4150B0 (registration at admin panel), 413500 (querying ip-address.com for getting IP & provider information to display on screen to raise awareness).

All these facts are present in one single Joe Sandbox report which enables you to understand the complete payload and its target within minutes: